Keswick Canoe and Bushcraft is based in the heart of the Lake District National Park in the bustling town of Keswick and is run by Pete Price. All our canoe instructors are highly qualified, experienced coaches, holding relevant first aid awards and have been DBS checked in accordance with BC and AALA.

At Keswick Canoe and Bushcraft we pride our-self in having a professional and well respected team, all our instructors are leaders in their field. Find out a little more about them here. 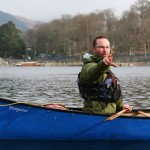 Paul has been working and instructing in the outdoors for nearly 25 years. He is a BC level 4 canoe coach, level 2 kayak coach and holds the BC 5 star canoe award. He is also a qualified mountain leader and climbing instructor. Paul has led courses and expeditions throughout the UK and has trekked, paddled and climbed in India, Sweden, Norway, France, South America, Russia and Nepal. Paul has been in a canoe since the age of 6 and first went kayaking when he was 9 years old. He has a genuine, infectious passion for the outdoors – influenced by his grandfather and their camping trips together when he was young and also inspired by Millican Dalton – Borrowdale’s very own ‘Professor of Adventure’! 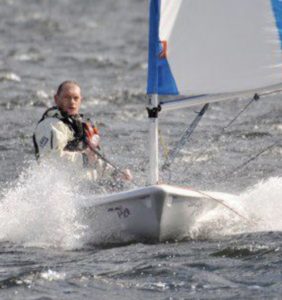 Pete Has been a keen mountaineer since the age of 6. climbing many mountains in the UK, Europe, Norway, Greenland and Nepal. Having owned and run a Paragliding school both here and abroad he has organised many expeditions to fly in unique places around the world. As qualified teacher and Careworker Pete has a calm manner and is experienced working with children. Pete now works on water as a  Sailing, Kayaking, Paddleboarding and Canoeing instructor

When Pete finds time he can be found Mountain biking, Canoeing, Paragliding or simply walking the local mountains with his young daughter. He is also quite into foraging and his Sloe gin has to be tried.

Debs has lived and worked in the outdoor industry for ever. Her knowledge of Plants, Fungus and the enviroment is extensive even d

own to the folklore. Debs is qualified in most aspects of the outdoors and loves sharing her knowledge. developing a love of the outdoors after being awarded a prize by the late Doug Scott at an early age and ever since she has been giving young people opportunities working in the care sector. 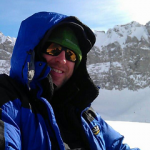 Justin has lived in the Lake District and worked in the outdoors for over 15 years and brings a huge wealth of experience. He is a Level 3 canoe coach, a Level 2 kayak coach, holds the Mountain Leader award and is also a qualified climbing instructor. In winter, Justin spends most of his time in the Alps ski touring and snowboarding.

When not working Justin likes to spend time with his family, paddle and go biking. He is also a great chef and thoroughly enjoys his food!

Has been involved in adventure learning for far too long! However has built up a wealth of experience as an adventure sports coach in a number of disciplines, has led on and participated in a number of large expeditions, in canoe, kayak (inland and sea), and has explored mountains, both walking and biking, in the UK, Canada, America, Greenland, Norway, Sweden, The alps, covering most of of Europe.

He has also worked as an inner-city youth worker, in an alternative educational provision engaging young people with complex needs.

He is a keen motorcyclist and is starting the Trans European Trail, an off road circuit through Europe.

Mick has lived in Keswick forever, paddling, Sailing, Windsurfing or climbing at every opportunity. Not having a driving licence hasn’t held him back, if it’s further than he can cycle he’ll blag a lift (bits of rock stuck out of the sea in northern Scotland). When he pretends to have a real job he works in Theaters and at festivals / events as a sound engineer.

Yes he really can hang upside-down by his toes

Shaun lives in the Lake District. He is a passionate climber, canoeist, general outdoors lover and father. Shaun goes out of his way to ensure that all of his clients leave with a love of the area / sport . Shaun is one of our most experienced instructors and in his spare time he does what he does for free for himself and family. Shaun is just as happy running forest schools for local primary groups (3+ year olds) as taking seasoned bushcraft practicioners out and all will learn something new.

Shaun is Shaun! just read the trip advisors. He has a massive respect for the enviroment and a great attitude towards life